Well, we are a week into the new baseball season and I figured I would start ranking the teams from 1-30 from time to time (I’ll try to do it weekly).  Hard to do this after only a week, but here goes…(LW indicates Last Week's Ranking) 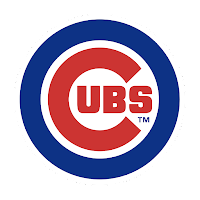 As the defending World Series Champions get ready to raise the banner at Wrigley Field Monday night, the 4-2 start to the season, with all the games being on the road give them the early top spot.  Good pitching, and contributions from Jason Heyward are positive signs.

3.  Los Angeles Dodgers        LW: -
Corey Seager showing he’s an MVP Candidate this season…Yasiel Puig is off to a great start.

7.  Washington Nationals       LW: -
Threatening to leave top 10 status after losing 2 of three to the Phillies.

8.  San Francisco Giants        LW: -
See above, but insert Padres for Phillies.  Madison Bumgarner out homering several teams by himself.

15. Detroit Tigers                  LW: -
Ian Kinsler picking up where he left off in WBC…Jordan Zimmermann wins his first game for the Tigers, trying to bounce back from last year.


Intriguing youth, but still far away.